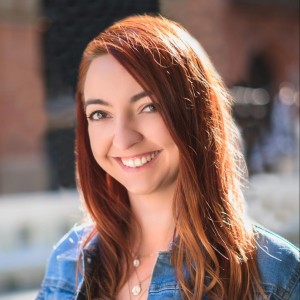 How do you go about finding your creative muse? You can stumble across your creative muse at any point in your journey through the arts. Whether you deliberately go out to find someone to become your muse, or whether it happens by accident; there is a muse out there for everyone.

When I began shooting with Daniel, we knew that we would be shooting a few different themes over the coming months however I don’t think we really knew just how much we would end up shooting. We have both worked hard to make a name for ourselves in our respective fields and working together was bound to produce work we could both be proud of. When you click with a photographer, model, make-up artist, the work you produce can exceed even your own expectations for all kinds of reasons.

First, you learn their style. Everybody works in their own way, but when you work with the same person over and over, you learn each other’s quirks – from knowing how they’ll set up their lighting to knowing if they prefer to shoot from certain angles, (or that they stick out their tongue when really concentrating on a shot); knowing these subtle things can make shooting easier as you’re already both working to what the other likes and you aren’t having to relearn it.

Secondly, you build a rapport. That sounds far too formal but it’s true; there is nothing worse than a silent shoot. We have become close friends and our shoots are 50% shooting and 50% talking nonsense and laughing. Not only does this make a shoot more fun, but it stops your models from looking so wooden. Even though talking, Daniel is often still shooting, waiting to get that natural smile, the laughter, the glare and really showing the audience the emotions that we are going through during the shoot. He’s about to ask me to change something about the pose and before he finishes the sentence, I’m already there – it’s all about knowing one another.

Next up – they help your creativity. It’s no secret that no matter what area of the arts you specialise in, no matter how long you’ve been doing it; the creative block is always looming and this is where your muse can really pull you back. If one of you isn’t feeling it – work-life, home-life it can all become too heavy and creativity takes a back step. Let your muse take over. They’re still flowing with creativity and forcing yourself back into the shoot with them can get your own creativity flowing.

Finally, the trampoline. Is there anything better than watching two creative people bounce off of one another? We often have a rough idea of what we would like to shoot and as we take image after image, the ideas develop and bounce between us, producing something probably far from the initial idea that we simply wouldn’t have gotten to on our own – and it’s all ours!

So what are you waiting for? Get out there, make a point of finding your creative muse and make your art.